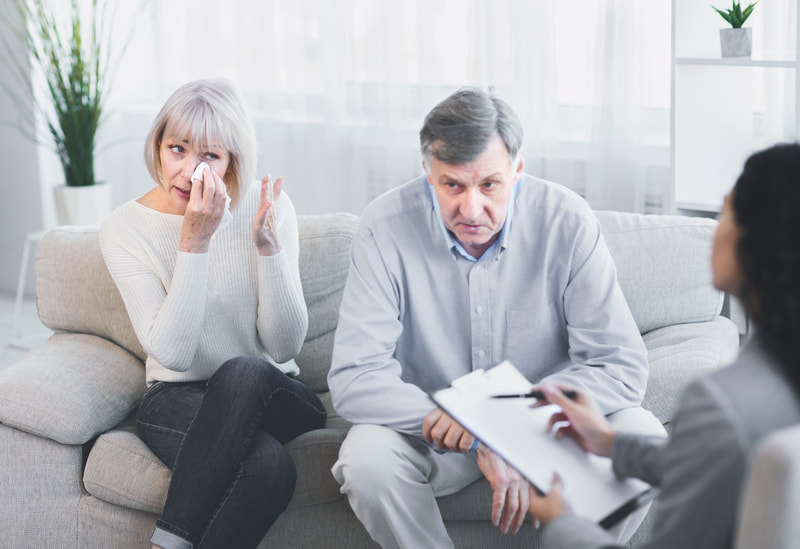 Family Estrangement: Why It Happens and What To Do About It
Almost half of American families have experienced family estrangement

Almost half of American families have experienced family estrangement, usually in the form of adult children cutting ties with parents. A recent study found far greater prevalence of family conflict among American families than families in England, Germany, Spain, or Israel.

Reasons for estrangement and conflict often fall into the expected categories, such as physical or sexual abuse, neglect, alcoholism or drug abuse. But recent research indicates that there is something more insidious and less justified underlying the rising incidence of family estrangement.

A Seismic Shift in Cultural Expectations of Parenting

For countless generations, family ties were rooted in bonds of mutual duty and obligation, but families now are often seen as launchpads for personal fulfillment. Parents are considered good parents only if their adult children are happy and successful.

As the University of Chicago philosophy professor Agnes Callard puts it, if receiving shelter, food, and clothing is enough, then most of us should be grateful to our parents, irrespective of how our lives turn out. But if parents instead are supposed to produce happy adults, then it seems perfectly reasonable to blame them if we find ourselves dissatisfied with ourselves and our lives.

From this perspective, estrangement is not seen as selfish or short-sighted, but rather as courageous efforts at personal growth. How can we grow into the best versions of ourselves, we insist, unless we cut ties with “toxic” people who are holding us back? Becca Bland, founder of Stand Alone, an organization whose mission is to support people in cutting ties with “toxic” family members, summed it up succinctly: “Now I can put my needs first rather than trying to fix things beyond my control. But, yes, I’m angry I didn’t get the mother I wanted.”

To the extent that we feel like unhappy failures, we blame our parents. If only they had been better people, we reason, we would be happier more successful.

In an Atlantic essay, psychologist Joshua Coleman grimly points out that you can be a conscientious parent and your kid may still want nothing to do with you when they’re older. In his book Rules of Estrangement, he described the challenge of resolving family estrangements this way: “Estranged parents often tell me that their adult child is rewriting the history of their childhood, accusing them of things they didn’t do, and/or failing to acknowledge the ways in which the parent demonstrated their love and commitment. Adult children frequently say the parent is gaslighting them by not acknowledging the harm they caused or are still causing, failing to respect their boundaries, and/or being unwilling to accept the adult child’s requirements for a healthy relationship.”

A Seismic Shift Toward Ideological Intolerance

Political polarization has also made its way into family dynamics. Consider this estrangement, described by the BBC: A young father believes his parents are racists, and sometimes say racist things while his seven-year-old son is in earshot. In response, the man cut ties with his parents.

There is so much his child could learn from this experience instead, namely that the grownups we love can strongly disagree with each other yet still love each other, that people who hold outrageous beliefs can still be good, reliable people in other aspects of their lives, that a child has the right choose his own beliefs rather than having his exposure to opposing beliefs filtered out. Instead, his father ensured that he would be raised in a cultural bubble.

To put it another way, the popular 1970s TV show All in the Family probably would be incomprehensible to today’s young audience. How could Mike and Gloria remain friends with Gloria’s racist, sexist, and homophobic father, Archie Bunker? To maintain the purity of their social environment, they would be expected to shut Archie out of their lives.

To put it yet another way, we have become binary thinkers in virtually every area except (ironically) gender. There is a right way of thinking and a wrong way, and those who think like us are right-thinking while those who think differently are wrong-headed.

Who Gains, Who Loses from Family Estrangement?

The answer, gleaned from numerous studies and clinical experience from family therapists is this: In the long run, no one gains and everyone loses. Estranged parents are cast into a maelstrom of grief, confusion, and social stigma that can last for decades, while adult children who cut ties with them enjoy a sense of empowerment. But that euphoric feeling of freedom is short-lived. One in-depth study of parental estrangement found that adult children claimed  they were the ones who initiated and maintained estrangement in order to provide relief and space to heal from a difficult relationship. But over time, they also experienced the estrangement as a considerable loss that impacted them across their lifespans. They ended up missing having family connections. Over time, the impact of parental estrangement also negatively impacted their perceptions of other relationships, including those with non-estranged family members, work colleagues, and potential partners and friends.

A Way Forward
Although I am no therapist, there seems to me to be a way out of these seemingly irreconcilable differences and that is simply this: Work to see things from the other’s perspective.

I recall a Reddit thread in which a woman detailed her dissatisfaction with her childhood because, from her viewpoint, her mother neglected her emotional needs. As an example, she described how much she and her siblings suffered when their mother moved them from their nice house in a nice neighborhood to a shabbier house in a shadier neighborhood. This was a very hurtful experience for her, a childhood trauma that still haunts her. But that is because she still sees that experience through the eyes of a child. As an adult, she might consider that her mother’s decision might not have been on a whim but instead because of a change in her financial circumstances. This is a question she could raise for discussion with her mother from a place of open-mindedness and compassion rather than reliving the memory as a bleeding  childhood trauma.

Parents need to do the same thing—shift perspective in order to appreciate how the things they said or did—even while kindly meant—might have been interpreted differently by the child.

The Bottom Line
Perhaps the final insight to gain from the phenomenon of family estrangement is the necessity of viewing the people to whom we are attached as flawed human beings who are doing the best they can—just as we ourselves are.